Now that you know how many different types of pickles there are, you are likely wondering how they are different. More information about their differences and the pickling habits of other countries is included below.

The Different Types of Pickles

Pro tip: No one likes mushy pickles. To keep pickles crisp, I recommend using either Pickle Crisp, or Mrs. Wages Pickle Mix that you can get on Amazon.

Now let’s get into the different types of pickles!

Dill pickles are what most people think of when they hear the word “pickle.” They are slightly salty and have a briny dill flavor. The texture is crisp, and they have a nice crunch when you bite into them. You can purchase them at most grocery stores cut in a variety of ways so they are easy for you to eat and enjoy.

Pro tip: If you decide to make your own pickles, you might want to use Pickle Crisp to keep them nice and crunchy. To learn more about Pickle Crisp, read my article, What is Pickle Crisp, and How Can You Use It?

Sweet pickles have a sweet rather than sour flavor. They are marinated in vinegar, sugar, cinnamon, onion, and mustard seed, although the recipe can vary depending on the maker. People who don’t like dill pickles typically like sweet pickles. (Source)

Sour pickles are sourer than dill pickles. They sit in the brine for a longer period of time as well, so they are more sour (hence the name) and are slightly more tangy.

The term, “sour pickles” most often refers to fermented pickles. To learn about the difference between pickles and ferments, read my article, Pickling Vs. Fermenting | Are Pickles and Ferments the Same?

Half-brined pickles sit in the brine for a shorter period of time than other pickles, so they have more of a crunch and look more like a cucumber than a pickle. They are less potent than sour pickles, but many people like them.

Bread and butter pickles are the pickles that fast-food restaurants and other food establishments put on various sandwiches. They are cut thin, typically in a crinkle-cut, and taste wonderful when paired with other foods. They are often sold in large quantities. The reason why they are called bread and butter pickles is because they are typically paired with food items like bread, and bread often has butter on it. (Source)

Gherkins are small pickles, often called baby pickles or cornichons, and they often have bumps on the skin.

They are extremely crunchy and have a lot of flavor. Gherkins are typically only 1.5 inches in length. Gherkins are one of my personal favorites, because of their amazing crunch and flavor!

As the name implies, Hungarian pickles are the pickles that people in Hungaria make. They put cucumbers in a glass jar with water, various spices, salt, and bread. The bread breaks down the cucumbers and is responsible for pickling.

The bread is used as a substitute for vinegar. The pickling process is done quickly and is over within a few days. Once they are done putting all of the ingredients in the jar, they put it in direct sunlight, which speeds up the pickling process.

People in Poland and Germany make pickles slightly differently. The brine and cucumbers are put in a large wooden barrel, and they stay in the brine for months at a time. There are fewer spices than pickles made in the U.S., but they are just as flavorful.

Lime pickles are small pickles that are typically put on top of tacos and margarita drinks. They are small and round. They are only kept in their brine for a day and a half. The brine is typically comprised of vinegar and sugar.

Kosher pickles are pickles that use kosher ingredients. The main reason they are called Kosher pickles is because they have kosher salt in the brine.

Pickling in Other Countries

The United States is not the only country that pickles various foods.

Giardiniera is a condiment made of cauliflower, carrots, zucchini, onion, and peppers. The spices included are oregano, red pepper flakes, and garlic. These vegetables are pickled in white or red wine vinegar. (Source)

L’hamd Markad is pickled lemons. At first, lemons were pickled so they could be preserved. However, now they are considered a delicious staple in Moroccan cuisine.

Kyuri Zuke is pickled ginger that is made in Japan. Kyuri asazuke is also popular, as it is a pickled Japanese cucumber that has salt on it when it is served.

Kimchi is extremely popular outside of South Korea. It is pickled radish and often includes cabbage as well. Kimchi in general has a sour and spicy flavor. It is a staple in South Korean cuisine.

Food that Can Be Pickled

Almost any food can be pickled if you try hard enough. The following foods can easily be pickled and used in recipes or eaten by themselves.

If you choose to pickle eggs, make sure you keep them in the fridge. If you keep them at room temperature, you can get botulism after you eat them. Only use fresh eggs when you make pickled eggs. (Source)

Food can be pickled quickly or left in the brine for months on end. When you quick-pickle food, you heat up the brine that you have made, put the food in it, then put it in a container. You can put the brine in a heat-proof container before you put the fruit or vegetables inside if you have one.

Once the food and brine are in a container, put it in the fridge. It will be good for at least a few months and will be ready to eat within the next day or so. (Source)

Canning pickles requires more time. When you pickle food in a can or sealed container, you make the brine, put the food inside of the container, then pour the brine and spices into the container. Then, you seal it using the water bath canning method and leave it in a dark place until you are ready to eat it. While canned pickles take a bit more work, you can keep them on the shelf instead of the fridge.

If you enjoyed this article, you may also enjoy the following articles about pickling!

Recommended Resources for Pickling and Fermenting

Thank you for reading this article. I hope you found it helpful as you strive to stock your pantry with delicious pickled and fermented food! Here are some tools that I use that I’m hoping you’ll also find helpful. These are affiliate links, so if you do decide to use any of them, I’ll earn a commission. Please know that these are the tools that I actually use and recommend and believe in 100%!

DIY Pickling: Step-By-Step Recipes for Fermented, Fresh, and Quick Pickles (on Amazon). This is the first pickling and fermenting book that I purchased. I love that it has great photos and very clear instructions. If you want to learn about both quick pickles AND ferments in a single book, this is the one I recommend.

Wild Fermentation: The Flavor, Nutrition, and Craft of Live-Culture Foods (on Amazon). One of my good friends grew up on a farm and has been fermenting food since he was a young boy. This is the one book that he says is an absolute must if you want to learn how to ferment food.

Stainless Steel Fermenting Kits (on True Leaf Market) I love using stainless steel products because they stand the test of time. Though they are a bit more expensive than other options, in the long run they save money because they last pretty much forever. I also love products that work with mason jars, and these certainly fit the bill.

Fermenting and Pickling Kits (on Cultures for Health) are the best way to start with fermenting if you want everything you need to (except the food!) to start fermenting. If you’re hit with the intimidation factor when it comes to pickling or fermenting, consider starting with a kit. 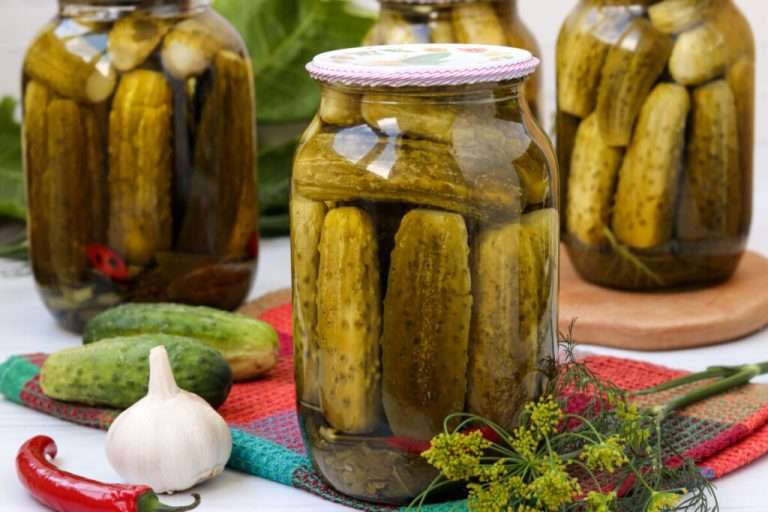 Most people will hear the word “pickles” and think of the classic, green, crunchy kind of pickle that is made from cucumbers. As tasty as those pickles are, there are even more healthy options out… 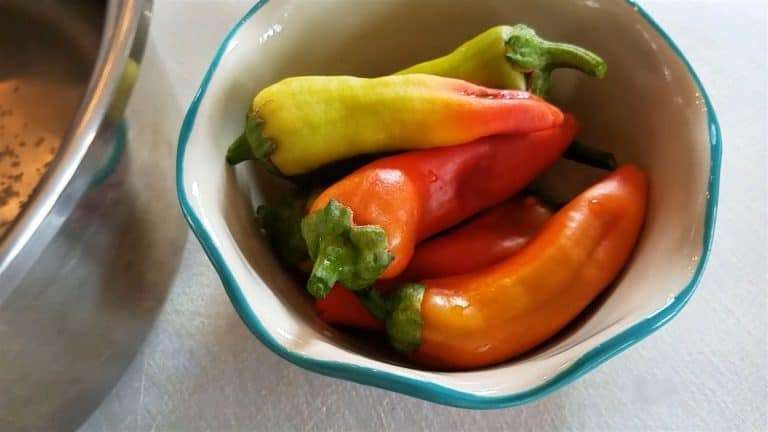 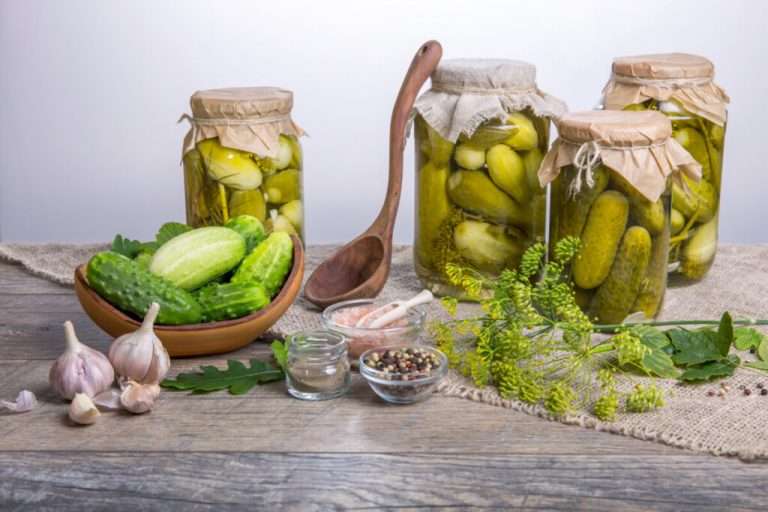 We’ve all had pickles on our sandwiches or hamburgers at one point or another. They provide a delicious tangy flavor that is excellent not only on sandwiches but also in salads, dressings, and much more…. 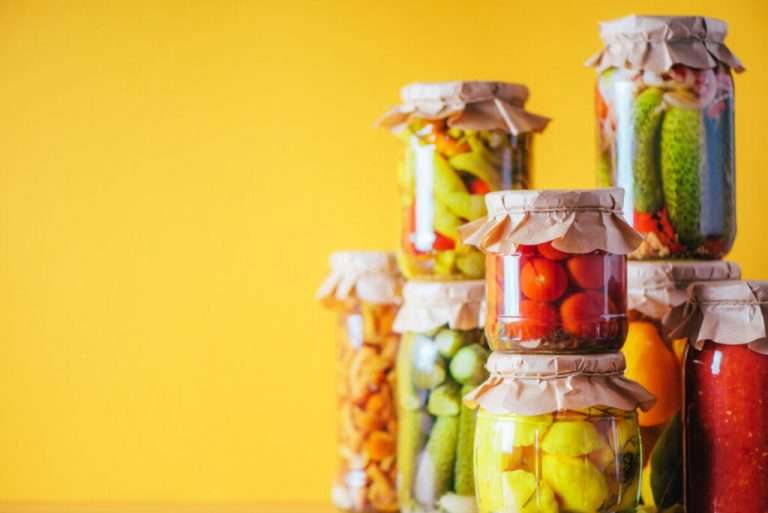 Pickles are a beloved snack, and pickling foods can preserve them and give them a slightly sour flavor. Vinegar is used to pickle foods, but what types of vinegar are the best for pickling? The… 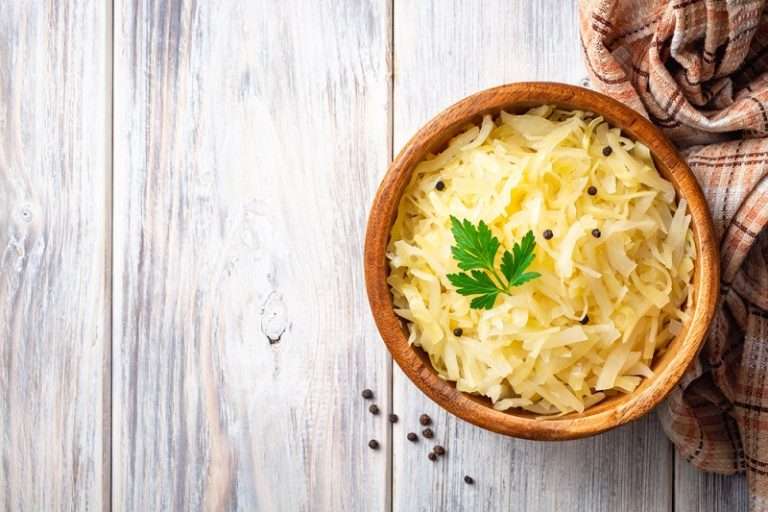 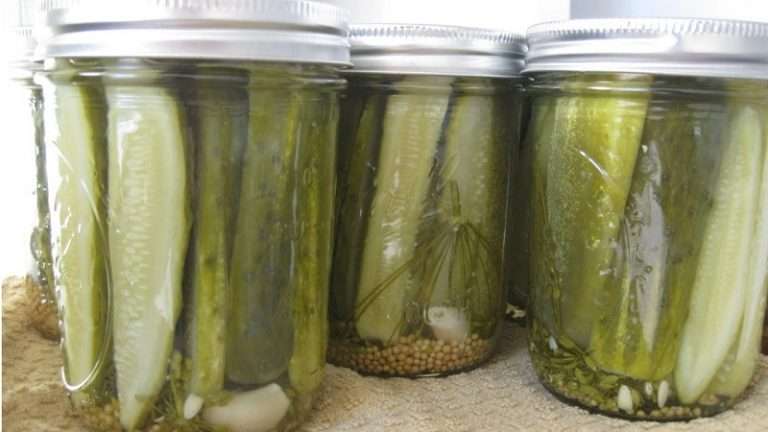