I always loved the idea of being able to grow my own food, but I never had the space for a garden. I was living in a townhouse, and while I had a small patio, it was shaded most of the day. In addition to that, I was living in Colorado, and it was too cold to grow food outdoors much of the year. I was doing some sprouting, and also growing some food in an AeroGarden Sprout and AeroGarden Harvest. Those worked great for me, but I longed to grow vegetables that grew too big for either of the AeroGarden models I already had, and knew one day I’d need to upgrade to an AeroGarden Bounty.

My future plans include condo living in zone 5b. The condo my husband and I purchased has two balconies, but they are north-facing, so my outdoor growing options there are practically non-existent.

Since I desperately want to grow as much of my own food as possible, and since my outdoor growing options are limited, I’ve decided to master growing vegetables indoors. One of my favorite ways to do that is with AeroGardens.

A Bad Case of AeroGarden Envy

I joined an online group for AeroGarden users and couldn’t help but envy those who were growing food in the Bounty, because they had a lot more options for what they could grow than I did in my AeroGarden Sprout and Harvest models. In spite of always wanting a Bounty, I was nervous about spending so much more compared to the smaller AeroGarden models.

I finally decided to take the plunge when I realized that the Bounty Basic model is much more reasonably priced. Considering how much more I could grow with it, I finally picked up my first Bounty about a year ago.

I decided to write this review so that anyone either new to AeroGarden or anyone who was struggling with whether or not it’s worth upgrading from a AeroGarden Harvest model would be able to make an informed decision.

What is the AeroGarden Bounty?

There are four different primary AeroGarden models. The smallest is the Sprout, then the Harvest, then the Bounty, then the Farm. The Bounty is the largest AeroGarden countertop model.

While not as big as the AeroGarden Farm models, you can grow many of the same things in a Bounty that you can in a Farm, but the Bounty takes up less space and costs quite a bit less than the Farm models.

The most affordable model of the Bounty is the Basic, which is typically somewhere in the $200 range on Amazon. Of course, the price fluctuates, based on availability and sales. There are other Bounty models with more bells and whistles that cost more than the Bounty Basic.

Go here to see the current AeroGarden Bounty Basic cost on Amazon and on Walmart.

Grow up to 9 plants

The AeroGarden Bounty has a grow height of up to 24″, making it possible to grow a wider variety of vegetables than the smaller models. For the sake of comparison, the Harvest models only have 12″ of grow height. The addition grow height on the Bounty is the primary reason I wanted to purchase a Bounty.

One of the benefits of the larger size of the AeroGarden Bounty is that it’s suitable for growing taller vegetables. This wasn’t possible with the smaller models, such as the Sprout and Harvest.

If you currently have a Sprout or Harvest model, you know how quickly the plants reach the light. While you can do some pruning and grow even things like some peppers in the Harvest, having an additional 12″ of grow height makes it much easier to grow taller vegetables.

More water capacity than any of the other AeroGarden countertop models

The Bounty has much more water capacity compared to any other AeroGarden countertop model. What I love most about this is even when plants grow to a stage where they start drinking up more water, you don’t have to add water as often. Also, the larger bowl capacity on the Bounty gives more room for root development, which results in healthier plants.

The Bounty also has reminders to add water and plant food, making it easier than ever to have a successful garden. This particular feature is available in at least some form on every AeroGarden, even the most basic AeroGarden Sprout.

The AeroGarden Bounty has a vacation mode to keep plants alive and healthy when you’re away on vacation. I don’t go on vacation a whole lot, so have only used this feature once. But I was really happy to have it when my very larger, very healthy ground cherry plant was still healthy when I came home after a 10-day trip.

Built in tips at various stages of plant growth

The AeroGarden Bounty has various tips that pop up on the screen at different stages of plant growth. While this is kind of nice, in my opinion, it’s more of a novelty than a huge help. However, it is good to get the tips right on the garden especially if you’re newer to gardening.

When I first opened the box, I was excited by how much bigger the AeroGarden Bounty is than the Harvest or Sprout. Comparatively speaking, it felt massive!

After doing the initial set up, one of the first things I did was move the grow light to the highest position. Again, I was excited by how much more room there was for plants to grow in the Bounty compared to the Harvest and Sprout.

The only problem that I had was that I was so excited about all of the possibilities that it was hard for me to decide on the first thing to grow in my new Bounty. This brings me to a true confession: I had such a hard time deciding what to grow first, I ended up immediately ordering another Bounty!

Thoughts on Using the AeroGarden Bounty for a Year

I’ve been growing food in the AeroGarden Bounty for about a year now, so I feel like I have enough experience with it to give you an honest review.

More Variety in the Types of Vegetables I Can Grow

The main reason I love the AeroGarden Bounty is because it’s greatly expanded the types of vegetables I can grow. This is possible because of the increased grow height, water capacity, and number of plant pods.

I also no longer have to worry as much about my plants getting too big and taking up too much space in the garden.

The Ability to Grow Taller Plants

With the increased grow height, I can easily grow taller plants without worrying about them being burned by touching the lights. Of course there are still some plants that I have to prune to keep them from touching the lights, but compared to the Harvest, this is less of a problem.

Other Perks of the AeroGarden Bounty

The water capacity is also huge, which is great because it means I can water less often. And, when plants are at a stage where they’re drinking up more water, I don’t have to worry about them running out of water too fast.

The increased number of plant pods is also really helpful because it allows me to grow more plants at once. This matters if you want to grow enough food to really supplement your diet.

I also really like the fact that the Bounty comes with a trellis. This helps provide support to plants like tomatoes, cucumbers and peppers.

The One Problem I’ve Had with the AeroGarden Bounty

The only downside to the increased size is that it’s harder to find a place to put the garden. While it’s a countertop model, depending on the countertops in your home, it may not fit as well some places, such as a narrow ledge. Also, with the increased size, I find it harder to move around than the Harvest and Sprout models.

The size consideration is important for anyone with physical limitations due to disability or age. For instance, I wouldn’t want to have to lift the bowl of the AeroGarden Bounty if it was full of water and on a high shelf.

For a younger or stronger person, this would not be a big deal, but it is big enough that it made me know that the AeroGarden Farm models would likely be too big for me to handle. Note that I’m a “young senior” with neck and shoulder issues, so my limitations may not apply to you. (This isn’t an entirely bad thing, since it’s saving me from the temptation of upgrading to an AeroGarden Farm!)

While I love the Bounty for its expanded grow height, water capacity, and number of plant pods, I find it difficult to move around because of its size. This is especially true if the garden is full of water, like when I’m changing out the water. I still am happy I have two Bounties and do not regret buying them at all.

However, I was really happy when AeroGarden released the AeroGarden Harvest XL because it’s a good middle ground in terms of size. It’s larger than the Harvest, but smaller than the Bounty. It’s also less expensive than the Bounty, which means I can afford to buy more of them. 🙂 If you’re interested in checking out the Harvest XL, you can do so here on Amazon.

Having said that, I haven’t heard of anyone else that struggled with the size, so for most people, it’s probably not an issue.

If you’re looking for a great way to grow taller plants with less worry about them touching the light, then the AeroGarden Bounty is a great option, and I highly recommend it.

Use the links below to check out all of the different AeroGarden models on Amazon:

If you enjoyed this article, you will likely also enjoy these related articles: 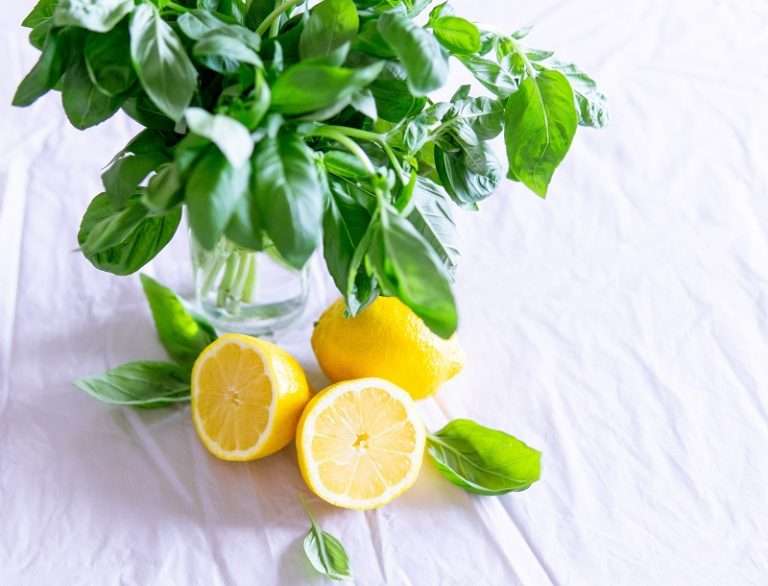 Basil is a warm-season herb that’s popular in many recipes, including pesto. Basil is a pretty plant with a delightful fragrance and fresh flavor. It’s easy to grow in a home garden but only grows… 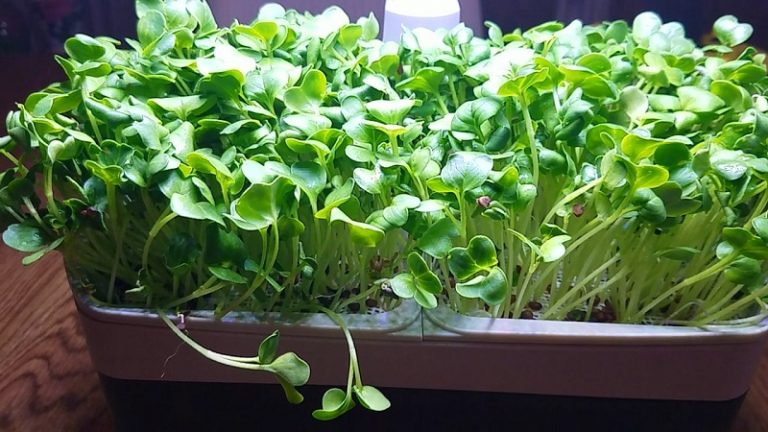 I’m a big fan of making growing sprouts and microgreens a big part of your prepping plan, especially if you live in a small space or in a climate where you can’t garden year-round. Both… 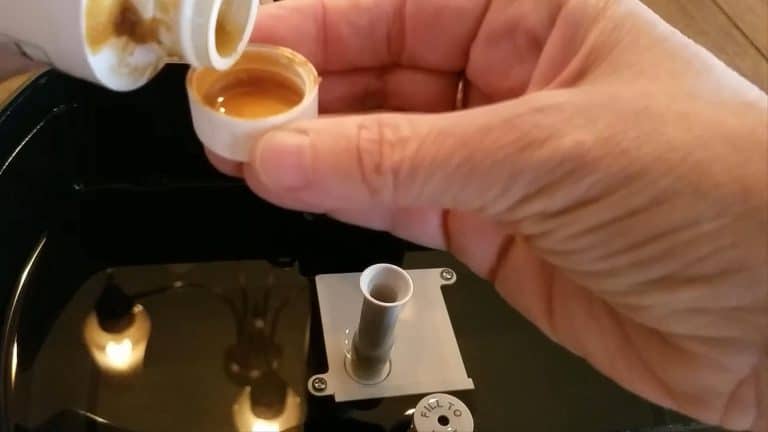 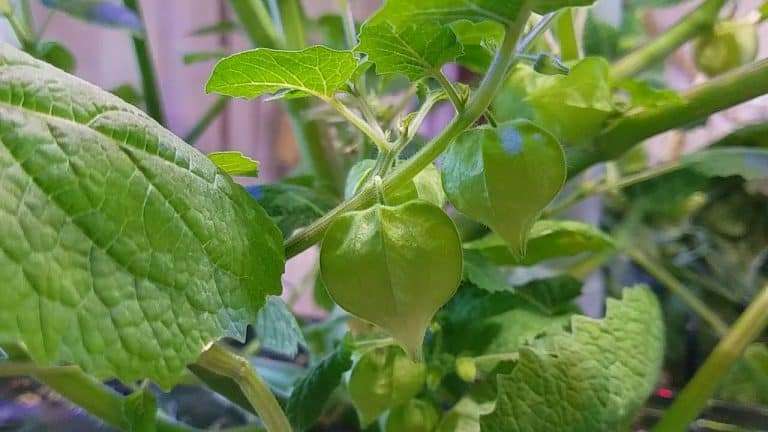 In this video and article, I share my process and results of growing ground cherries in an AeroGarden Bounty. I have a desire to grow a lot of my own fruit and vegetables at home, in…

When it comes to growing vegetables, there is no one-size-fits-all solution. Some people have a lot of space and can set up elaborate gardens, while others must make do with a small balcony, porch, or… 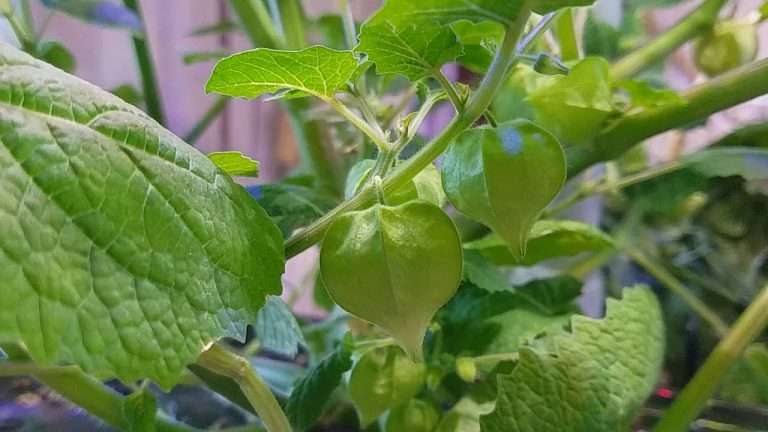 Growing vegetables hydroponically opens the door for anyone to grow healthy, nutritious food at home. For those new to hydroponics growing, you may not know the best vegetables to grow in these systems. Not all…