In this article, I’ll walk through the process of dehydrating tomatillos. Especially since you have to grow at least two tomatillo plants, you may end up with an abundance of tomatillos.

In my case, I ended up finding a good deal on tomatillos at the grocery store. I already have a lot of tomatillo salsa in my pantry, so decided to dehydrate the tomatillos instead.

Here are the step-by-step instructions for dehydrating tomatillos.

You can either toss the husks or add them to your compost pile.

Step 2: Wash the Tomatillos to Remove Sticky Residue and Dirt

When you remove the husks from the tomatillos, the first thing you’ll probably notice is that the tomatillos feel sticky. That’s nothing to worry about; it’s completely normal.

Some of the tomatillos may also have some black “gunk” on them. This again is nothing to worry about. A good rinsing will remove the sticky reside as well as dirt or anything else you don’t want to eat.

Step 3: Core and Slice or Roughly Chop the Tomatillos

Next, core the tomatillos. This step isn’t absolutely essential, but the core can be a bit tough, so it’s best to remove it.

After removing the core, slice the tomatillos about 1/4″ thick. If desired, you can chop them instead.

Step 4: Put Tomatillos in a Single Layer on Dehydrator Trays

The next step in dehydrating tomatillos is to lay them in a single layer on your dehydrator trays. Try not to overlap them if at all possible.

If you do need to overlap them, it’s okay. The tomatillos will just take longer to dehydrate.

Depending on the size of the sliced or chopped tomatillos, you’ll want to place them on either a mesh tray, or on a fruit leather tray. My slices were large enough that I technically could have put the tomatillos directly on the dehydrator tray. However, I find that dehydrated food is more likely to stick when I dehydrate directly on the tray. In addition to that, it’s much easier to wash the mesh screens than the trays, so I always use the mesh screens.

Tomatillos After 3 Hours in The Dehydrator

You can see that after three hours, the tomatillos were starting to shrink up and are noticeably drying. Notice how much additional space there is between each tomatillo slice for a better idea of how much the tomatillos have reduced in size.

However, they are still very moist.

Check out the image below for a close up of what the dehydrating tomatillos look like three hours in.

I put them back into the dehydrator for three additional hours.

Tomatillos After 6 Hours in the Dehydrator

Below is a close up of the dehydrating tomatillos after six hours.

Tomatillos after 9 Hours in the Dehydrator

After nine hours in the dehydrator, the tomatillos were completely dry. This time, for comparison sake, in the images above, I’ve put the fresh tomatillos on the left, and the completely dry ones on the right.

In the image below is a closeup of what they look like when completely dehydrated.

Step 6: Store Your Dehydrated Tomatillos in an Air-Tight Container

I like to store all of my dehydrated food in mason jars. I put them in the jar and then use a FoodSaver along with the Food Saver Jar Accessory Kit that you can get on Amazon. When it comes to the specific FoodSaver you choose, the main thing is to make sure you purchase one with an accessory port. Both of those are necessary to use the accessory kit. If you’re super limited with space, this handheld model is a good option.

How to Use Dehydrated Tomatillos

To rehydrate tomatillos, cover with hot water and allow to sit for about five minutes.

Tomatillos are a great addition to chicken chili. If adding the dehydrated tomatillos to chicken chili, you don’t need to rehydrate them first. Just toss them in dry, and they’ll soften up beautifully and also flavor the chili as it cooks.

You can also use dehydrated tomatillos to make Salsa Verde. Just rehydrate them first and use them in place of fresh tomatillos in your favorite tomatillo salsa recipe.

Pro tip: Citrus and tomatillos pair well together. Check out my article, How to Dehydrate Citrus, so you can add it to your prepper pantry as well. 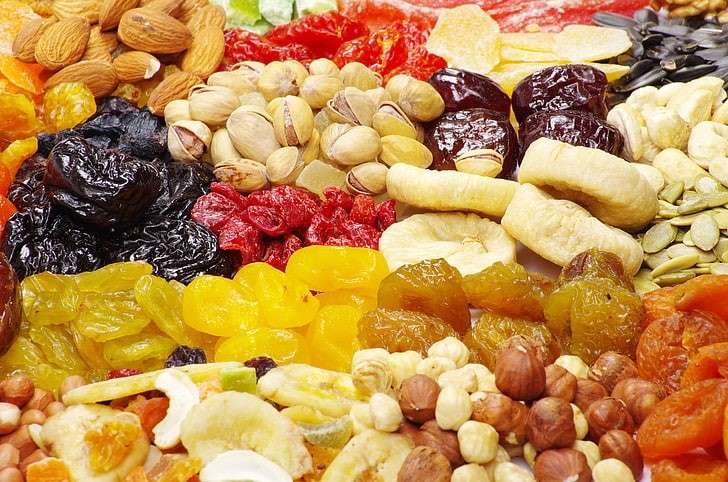 Did you know that you can lose more than half of your food’s nutritional content every time you handle it? This means that when you slice an apple, peel an orange, or cook…you kill nutrients!… 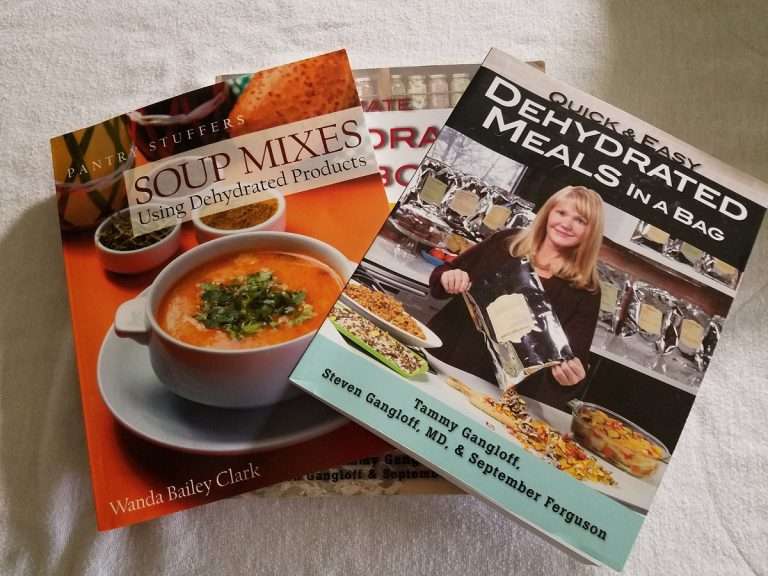 Dehydrating is one of the best ways to preserve food. It’s especially good for those who have limited storage space, since dehydrated food takes up way less space than canned food. (There’s nothing like seeing… 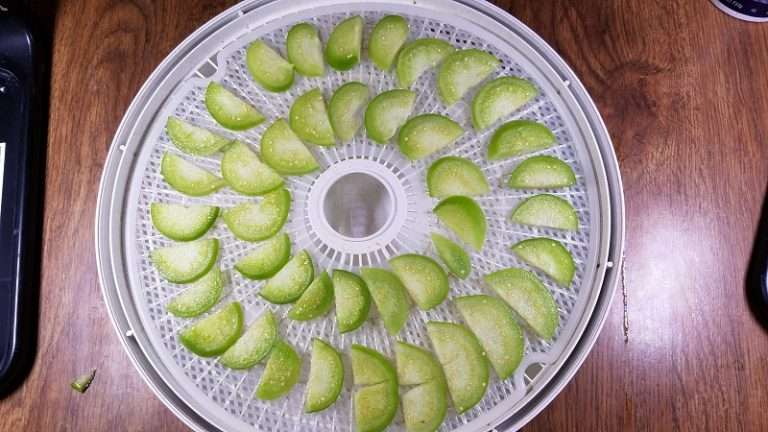 There are all sorts of reasons why you might want to own a food dehydrator. Maybe you’re into prepping and want to be able to preserve food in case of an emergency. Or maybe you… 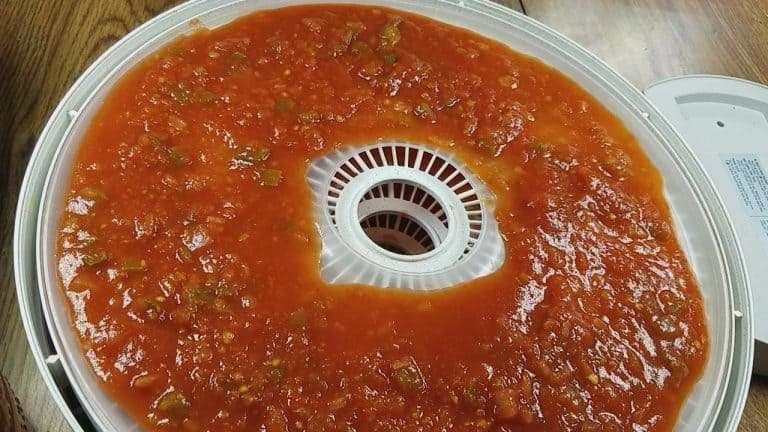 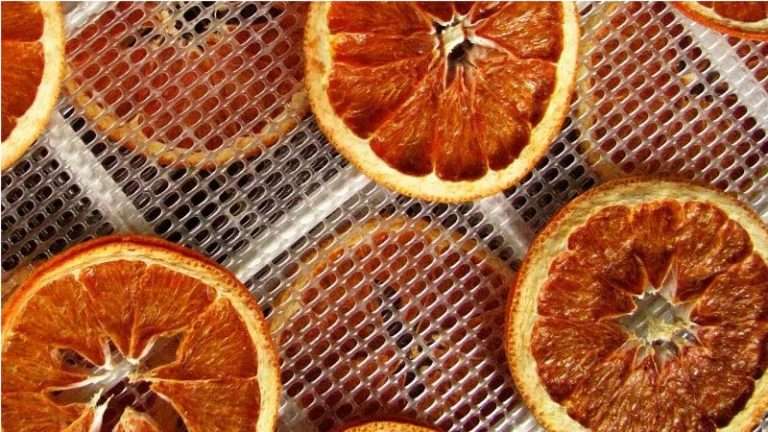 Dehydrating food is one of my go-to methods for food preservation. In fact, I love it so much that if I had to choose only one way to preserve food, dehydrating would be my first… 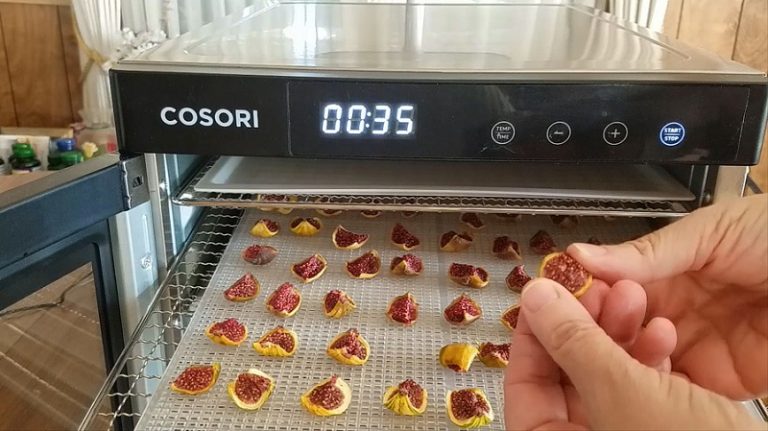 Figs are a delicious and nutritious fruit that can be enjoyed in many ways. However, there’s a slight problem with figs. Figs are unique in that they ripen at the same time, so if you…